Unlike the A&R man who had to find talent out there in the world, I had to find it within every student enrolled in a class that met once a week for twelve weeks and was mandatory for all but a few. For the first month or so I left the door wide open, introducing the students to the principles of multimodal design and encouraging them to cook up their own projects. Although there were no predetermined limits on the shape or size of each project I tried to ensure that it was something the student was passionate about; that it was original; that it was within the student’s powers to complete in time for grading; and that it would do the world some good.

As the great educator Howard Thurman (1899-1981) reminds us, the passion has to come first. 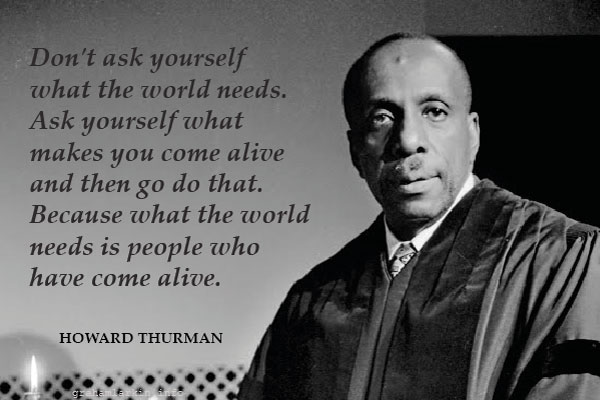 Prior involvement with a subject not only ensures the all-important vitality. It also helps students get down to the business of making without having to expend much time and energy on background research.

In a typical pitch session I would encourage a student to open up about subjects he or she was interested in pursuing, only to respond with a shake of the head when I sensed that a given idea was unoriginal, unachievable or unimportant. One student in search of a topic told me he was interested in the walking dead. I asked him to elaborate. The Walking Dead, he explained, is a popular TV series in which hordes of rampaging zombies get killed in easily-identifiable locations in and around Atlanta. Certain enthusiasts were already mapping the kill zones, he explained, and some such map might might make for a good multimodal class submission. Tell me more, I said–but not about that. By the end of the conversation we had settled on another of his interests that has since turned into a superbly successful mapping project across multiple platforms. A second student wanted to make a map of a megalopolis that he was about to visit for the first time. I eventually cajoled him into making the first really good map of the remote town where he had spent most of the past three years–a project that has since been embraced with great enthusiasm by the town officials.

After the project was selected the students got down to making.